You are here: Home > Bill Caswell — The Author

Bill Caswell, B. Eng., P. Eng., founder of Caswell Corporate Coaching Company (CCCC), was previously a co-founder and CEO of an e-learning company and three other high technology enterprises. Bill was the President of the SPS division of a $1 billion conglomerate. SPS, an information technology company, with offices in Ottawa, Toronto, Halifax, Seattle and Guadalajara, Mexico, was sold by Bill in 1996 for seven figures. Earlier, as a design engineer, Bill was responsible for a number of inventions in the radar field, process instrumentation domain, and spent his early career with the Guided Missiles Range Division of Pan American World Airways, launching 200 scientific rockets per year into the upper atmosphere. He serves and has served on the board of profit and not-for-profit organizations, chairing many of them. Besides English, Bill speaks Spanish. He is the author of many technical papers and thirteen previous books, Notes to My Children, The Best Dam Business Book in the World, The Climb to Excellence, Saving the Enterprise, Setting the Agenda for Change, Solving the Impossible Problem, and others. Bill, a dedicated family man, is also an avid downhill skier, an opera lover and a construction builder, who built his family’s six-bedroom chalet.

CCCC, Caswell Corporate Coaching Company, located in Ottawa, Canada, solves individual operating and management problems of companies based on respect-generated cooperation and hence, teamwork. With associates in Saratov, Russia, Tampa, Florida, and Guadalajara, Mexico, CCCC was formed in 2001. All solutions developed under CCCC’s guidance ultimately fall back onto its cradle-to-grave management methodology, called the “Respect Revolution Management System.” The company’s byline, “Making companies better places to work – worldwide,” translates to coaching presidents, executives, employees, and boards of directors. Clients are found in Ottawa, Toronto, Calgary, Vancouver, and the Northwest Territories in Canada; in Houston and Philadelphia in the U.S.; in Guadalajara and Morelia, Mexico; in Vienna, Austria; in Mumbai, India and in Saratov, Russia.

The company can be reached at www.caswellccc.com. 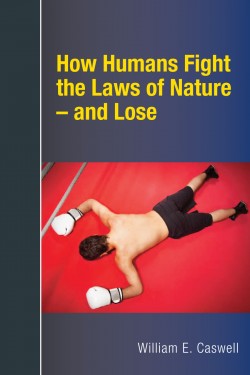